3D rendering has become one of the most revolutionary technologies of our time, forever changing numerous industries and their processes. Architects, interior designers, film-makers and even content creators have all benefited from this advancement in computer graphics.

3D rendering is a process where a computer calculates how light behaves in a 3D model and generates a 2D image from the scene. To put it simply, a render engine functions much like a brain, using shade and light to compute a scene that mimics what we would see in real life. The process of adding depth using the contrast of shadow and light is what transforms ordinary projects into the extraordinary.

You may have heard of the animation giants Walt Disney Studios and Pixar Animation Studios. Many of their projects rely solely on 3D rendering technology to produce their motion pictures. Cult-classics like Toy Story, Monsters Inc., or Shrek are all created through using 3D modelling software and rendering out each frame to produce a full-length film. And while 3D rendering breathes life into animated shorts and movies, the same process is what turns architectural and interior design projects into the photorealistic showrooms we know today. 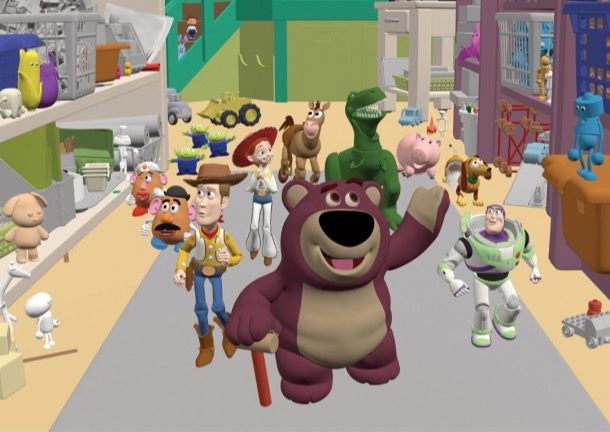 One of the scenes from Toy Story 3 before any additional lighting is included. Notice how rudimentary and flat the characters look without the contrast of shadow and light. (Retrieved from: https://bit.ly/2QYc3PX)

The two most popular ways to render out a project is through a local computer or a cloud-based renderer, but what are the pros and cons of each method? Today, we’ll explore the main benefits and limitations of both rendering via local computer versus cloud rendering.

Unlike using your local computer, cloud-based 3D rendering renders your images using external servers, also known as the “cloud”. To use these services, all you need to do is upload your 3D design onto a platform that is compatible with your CAD program and let the servers get to work. For designers pressed for time or looking for a way to produce rendered images fast, cloud rendering offers the perfect solution. 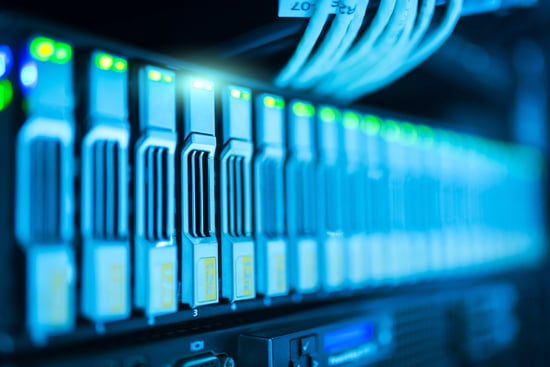 The most obvious difference between rendering with your PC and using a cloud platform is how quickly you can render your projects. The key to its rendering speed is a process called parallel computing. To put it simply, cloud rendering is like combining the computing power of 10 computers to execute a task at the same time instead of relying on one PC. Now applying this to rendering an image, uploading your project to a server allows you to take advantage of the computing power you just don’t get with one PC.

Uploading your project onto the render servers is similar to dropping something off and picking it up later. Because the rendering process takes place on external servers, your computer is completely free to do any outstanding tasks or to get started on the next project. Ultimately, cloud rendering gives you the flexibility to continue using your computer rather than having it preoccupied for the next 2 hours or so.

While cloud-based 3D rendering does come at a cost, there are licenses that you can purchase that are affordable and do not utilize a pay-per-second payment model. Our brand new cloud-rendering platform - Yulio Jump - is currently priced at $189USD per year, making it $15.75USD per month. Not only is the license a relatively low investment, but the time you get back instead of waiting for a project to render justifies the end cost.

Although most bustling cities and offices have free wifi networks to connect to, the fact that cloud rendering needs an internet connection is still a barrier. While it may be a minor one, during more extreme weather conditions or temporary power outages, not having an internet connection will pose an inconvenience for designers wanting to render out projects.

Cloud-rendering platforms usually have a few settings you can turn on or off during the pre-rendering stage. This means that the final image and its quality will depend on how the renderer chooses to process light in your project. This limited selection is necessary to keep the rendering time short on a cloud rendering platform, but the designer will ultimately have to sacrifice some additional control to get their rendered project back fast.

Similarly to what we highlighted above, the quality of your end result will depend on the techniques implemented into their software. When looking for cloud rendering platforms, it’s important to look at whether they incorporate the latest technologies or what types of computer graphic techniques they use (ex. ray-tracing). One tip is to always check if they list any sample projects you can explore. Seeing them will give you a better gage as to whether their services will fit your criteria. At the end of the day, the end result of your project will depend on the quality of the render engine.

Rendering on a Local PC

Most advanced 3D computer programs like SketchUp and CET designer have a native render that designers could utilize, however the results are far from photorealism. Many designers still use the native renderer since it can be useful when you want to create scenes to share internally. While it does get the job done, the quality it produces will most likely not meet the clients of today’s expectations. This is why the majority of design firms invest in 3D rendering software like V-Ray specifically for photorealistic images. 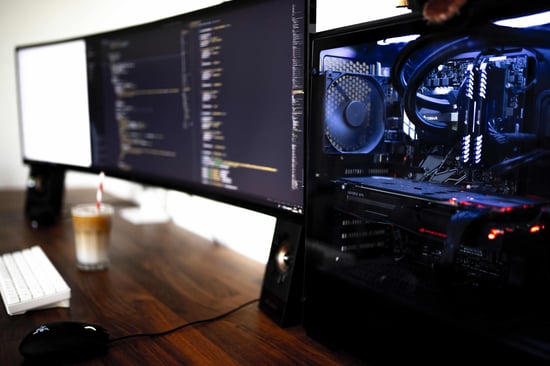 Rendering on a local computer requires a lot of computing power

Many of the CAD and rendering softwares we are most familiar have only came to be in the last 30 years. SketchUp’s initial release was in the early 2000’s and V-Ray was available just a few years before that. While most of the design software we use today has only been around for a relatively short period of time, we have already built processes that rest on their capabilities. As such, using their CAD and rendering software has already become an ingrained process.

Most CAD and rendering software currently available offer an annual license that needs to be renewed every year. However, after you have purchased your software of choice, you’re pretty much set for the year. Getting the costs out of the way not only gives you peace of mind, but it also makes it easy to allocate your company’s budget for this expense. All you need to do now as the designer is to produce scenes for your projects.

In the pre-renderer menu, many programs allow you to choose granular details to enhance your project into full photorealism. Not only does this give the designer more flexibility in how their image will turn out, but it also gives them the opportunity to create their own certain style of rendering. This creative expression from the designer gives their images more life and personality.

CAD programs like CET Designer currently costs $1,075USD per year for a single license. To purchase the supplementary rendering software, you’re looking at another additional $350-$500USD per year. To equip your team of designers with the tools they need, investing in these local-computer softwares can be really costly. And while for larger architectural and interior design firms can easily cover the expense, it can be particularly difficult for medium to smaller firms to make the investment.

Although rendering a scene will not take as much computing power or time like a full-length animated film, you’re still going to be looking at an average of 2 hours per project. Depending on the specifications and the project, the rendering time will largely depend on what quality you would like to achieve. And while you can cut corners by making certain textures less defined or even cutting down the size of the scene itself, the whole rendering process is painfully long.

Designers may have smaller projects to render out, however there is no in-between option if your options are rendering with the native CAD program or using a rendering software. While the native renderer can pump out a project quickly, the outcome is flat and rudimentary, giving no context as to what the scene would look like with lighting. On the other hand, using your rendering software can produce stunning photorealistic images, however it may not be the best use of time, especially if there are larger projects in the cue.

Find the Right Solution for You

Whether you’re in the camp of rendering via local PC or using a cloud platform, both modes have their benefits as well as downfalls. Ultimately, as a designer, pick the option that answers your specific pain points while enhancing your workflow. Whichever method you decide to go with, make sure to weigh out the pros and cons of each to ensure the software will support you the way you need it to for your upcoming projects.

Yulio Jump is our brand new unlimited cloud-based 3D rendering license, now compatible with SketchUp and CET Designer. To see Yulio Jump in action, click here to schedule a time to chat with our team and walk through our program. For an in-depth step-by-step guide on how to use Yulio Jump, head over to our Knowledge Base.