For anyone who’s designed and constructed a building, there’s a unique feeling of unease - bordering on nausea - that can wash over you as you step into half-built rooms for the first time. “Wait. It is definitely smaller/bigger/lower/higher/darker/brighter than I’d envisioned it from the plans.” Even for trained professionals, space is a very hard concept to fully appreciate using imagination alone. How big of a space is big enough without being too big? How small is cost-effective yet isn’t restrictive? Accurately evaluating three-dimensional spaces from two-dimensional designs is like trying to appreciate a symphony by looking at the sheet music. In the majority of our client conversations, addressing this major pain point for both designers and their customers was felt to be one of the best uses of VR for architects and designers.

Finding a way to step inside a building before it’s a building and evaluate each spatial element is a compelling use of VR for those involved in the business of architecture and design. 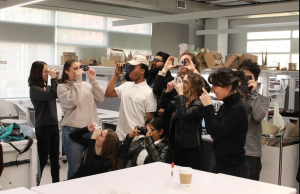 Jonathon Anderson, Assistant Professor Interior Design at Ryerson University acknowledged that his students find it hard to fully conceptualize scale until they can experience designs virtually. “With VR, I see my students immediately ‘get’ the space. What I mean by that is that they understand scale and proportion in a completely different way through the VR experience when comparing it to the spaces they view on a screen. It allows my students to understand space far better and far more quickly.” Beyond discovering where spatial elements which appeared to work ‘on paper’ but didn’t when viewed virtually, using VR to help develop a better understanding of space, Jonathon felt his students became far better equipped to design for those who would go on to build something for real, with this increased understanding in VR scale.

Game of Thrones creator George R. R. Martin was purported to have seen a scale model for the 700 ft high wall he described in the ‘A Song of Ice and Fire’ books and realized it actually looked absurd when seen in a three-dimensional context. It’s a case of not being able to picture what 700 ft really looks like. 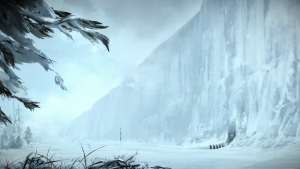 The Wall on the show is modeled at about 350’ high. Image Courtesy of Game of Thrones Wikia.

Big is a relative term and defining it through their uses of VR was a challenge for Architectural firm, DSAI’s, partnership with Ingenium, Canada’s Museums of Science and Innovation. DSAI’s role was to design an adjacent building to the Canada Science and Technology Museum in Ottawa. The issue of scale was a major one in the project as the building had to be designed specifically to house the Science and Technology entire collection, which encompassed objects that ranged in size from hand tools to actual trains. In the words of Architect Andrew Chung of DSAI, “To really understand the scale, we introduced VR to the project. We needed to see how big these items were for our own understanding. It allowed us to talk about things (to the client) in a perspectival manner that captures scale in a much better way than solely using a 2D drawing. People who see our 2D drawings or blueprints still don’t really comprehend the scale until they view the VR experience.” 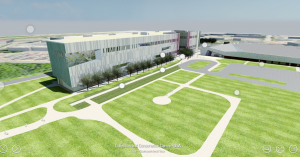 Until clients saw the experience for themselves, they would ask DSAI “does it really have to be so large?”. When viewing in VR scale, the difference between something at train scale vs. human scale made all the difference and so one of the unexpected uses of VR for DSAI was about client communication - after they thought VR would be an internal tool.

Another recurring theme from conversations with A&D professionals is an important use of VR's ability to engage clients in the design process in a very different way. With any new space design that’s going to go on to be constructed, there is a lot at stake, both emotionally and financially and therefore, all parties fully engaged in the process can make a significant difference to the eventual success of a project.

When speaking with Principals at ALSC Architects - who often present to school boards - they described going to present designs using plans and static renders and not commonly getting a lot of questions or feedback. It was challenging for people to place themselves in a design using traditional presentation formats and took time for them to assimilate enough information on a design to then feel confident questioning it. Through sharing designs in VR and enabling clients to experience them on their own before being presented to, ALSC found it evoked something very different, inspiring clients to ask a different set of questions, be more informed, take more ownership and get more involved in the process. As a result of clients becoming more involved and seeing that their ideas could then be translated by ALSC into meaningful, beneficial changes, overall designs improved. “When people understand more fully what they’re getting, they will ask what more can be done, what more can be created with this space? I want clients to be part of the inspiration of a project and we find that when they are, designs tend to rise to another level.” Indy Dehal, Principal, ALSC Architects.

A lot of people are investigating VR technology right now, and wondering what its key benefits outside of novelty might be. Our clients report, over and over again how much their level of engagement with their clients increase after they see a design in VR and better understand it. And that’s absolutely the power of VR - to create an unambiguous window on design. To experience your own design in VR, try a free Yulio account and learn more about the VR landscape with our SlideShare presentation.