VR has quickly established its presence in today’s economy with numerous multi-billion dollar companies recognizing the technology’s value and potential. Many of these companies that have invested in VR have found themselves a part of one of America’s most recognized lists in the world: the Fortune 500 (F500). You may be asking yourself, “What is the Fortune 500, and why is this list of names so important?”.

“The Fortune 500” is an annual list that is published by those at Fortune; a multinational media publication focusing on all things business. For 64 years, the list has recognized and ranked the top 500 corporations in the United States by total revenue for their respective fiscal years. Both private and publicly held companies have the opportunity of being a part of Fortune’s 500.

It’s safe to say that those on the list are major market influencers that have a direct effect on America’s economy, let alone the world. Many of the companies listed are some of the most powerful and well-known corporations to date -- whichever direction they move towards is worth exploring. With many F500 companies stepping into VR, it is time for the rest of the world to catch up.

Let’s examine 5 investments in VR from the top 50 of the Fortune 500, and how they have adopted the tec.

Walmart currently holds the #1 spot on the F500 list, with $500,343 million in revenue under its belt in its 2018 fiscal year. According to Fortune, Walmart has recently been cutting less efficient aspects of its business and allocating the saved resources to other areas of growth. One such area being invested in is their training programs with the application of VR.

Since mid-2018, Walmart has announced that they will be committing more resources to their training program and expanding other methods to better prepare their employees for success. As such, this revenue-powerhouse of a company has committed to shipping four VR headsets to every Walmart Supercenter, and two to every neighbourhood market and discount store. This translates to more than 17,000 Oculus Go headsets by the end of 2018. Around 4,700 US locations have received their VR headsets by now, but Walmart did not stop there. Walmart was already using VR in their 200 Academy training centers, immersing their future and current employees in simulated scenarios to better equip them in real life. Since then, they have updated and revamped their simulations, welcoming their newest addition: the Black Friday shopping simulator. Black Friday is one of the busiest and stressful times in retail, with floods of people looking for the deal they have been eyeing on for months. With using VR, Walmart is projected to train more than 1 million in-store employees, helping them to be more equipped and prepared for every situation. 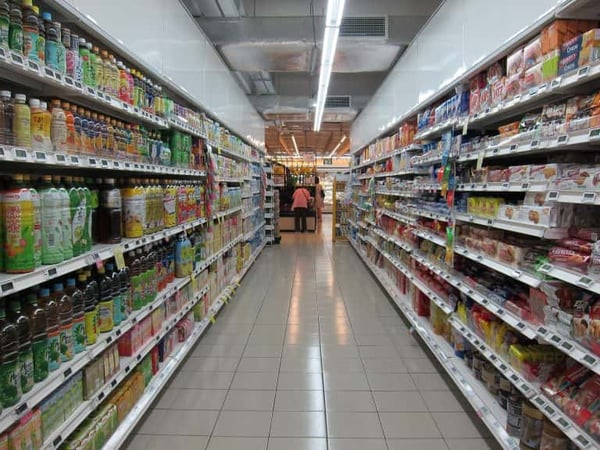 Coming in at #1 on the F500 list, Walmart has been one of the most dominant voices in investments in VR

In 2018, Apple brought in $48 billion in net income, welcoming a 6% annual sales increase compared to their last fiscal year. They have solidified their #4 place on the F500 list with the introduction of three new iPhones, and the exciting development of facial-recognition technology. Apple dominates in being one-step ahead of others, prevailing in staying modern and intuitive, making it easy for all to use and enjoy their products.

Apple has been relatively secretive when it comes to VR. Comparatively, other big named tech giants like Microsoft, Sony, and Samsung have released their own versions of VR, while Apple has seemingly remained dormant releasing nothing related to the tech at all. However, this may not be the case for long. It is true that Apple has not released anything AR/VR related, yet. But, as we dug deeper into the Apple-VR situation in our most recent blog post, it is important to note that Apple has laid out the VR foundation and have started building upon it. Not only have they been researching into VR but have actually been doing so for decades. Keep an eye out in the next couple of years for Apple's investments in VR and AR!

Keep an eye out on Apple in the coming years and their AR/VR releases!

One of the companies that have been on the F500 list since the start is General Motors (GM). GM is America’s biggest carmaker, ranking at #10 in the most recent F500 list. In the last fiscal year, GM took in $157,311 million in revenue, heading into the direction of greater strategic refocus. Although GM experienced a 5.5% drop in annual revenue, with a recalibrated sense of direction they hope to catch up for a bigger and better year.

GM has been dabbling with VR for some time, as well as its close sisters AR (augmented reality) and MR (mixed reality). Dating back to 2014, Chevrolet (owned by GM) had dipped their toes by using VR to preview prototypes of products before ordering the physical copies. This process allowed for a much less expensive production process, allowing for a wiser allocation of resources. Two years later, GM had started using VR to help finalize designs for their upcoming vehicles, allowing for greater flexibility and opportunity to perfect their product. Fast forward another two years, Cadillac offered a whole new phase of customer service by introducing its Cadillac Virtual Reality Experience. By giving their existing customers the opportunity to immersively browse through their catalogues, GM also achieved another goal by appealing to a wider audience. Following the success with their VR Cadillac showroom, we can anticipate that Chevrolet may follow the same pattern by providing another layer of excitement through experience.

Through the years, GM has proved to be a loyal and supportive company of VR and it’s powerful capabilities to bridge the gap and build a deeper connection with their audience. 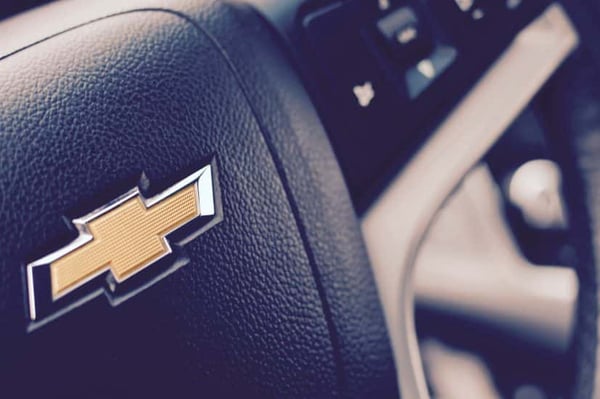 Back in 2017, Cardinal Health had a 10% loss in revenue due to a loss of a contract and shaky pricing on certain pharmaceuticals. However, in 2018, Cardinal Health bounced back, rising up by one rank to take the #14 spot. Cardinal Health’s revenue rose by 7% in the most recent fiscal year, coming in with $129,976 million in revenue.

Cardinal Health may be a pharmaceutical and medical products distributor, but they have also recognized that VR has become a viable tool to help them achieve their goals. This health care services company has written a number of informative substantial articles on the value of AR/VR in supporting the patient’s experience. One of their previous posts predicted that the healthcare system in 2017 will move towards a digital solution in order to “win patient business”. In addition, their other pieces have shared how this tech would reform a patient’s experience, as well as how it’s changing medical education for those practicing. Furthermore, their support for VR isn’t skin-deep. Back in 2018, Pulse Design Group announced its partnership with Cardinal Health using VR as a business solution to enhance its sales process.

“This exciting new tool is specifically designed to increase sales, shorten the sales cycle, and further position Cardinal Health as an innovative leader in the healthcare industry.”

Cardinal Health has secured its place in being a forward-thinking business, despite not being commonly associated with such technology. They will be a business you would want to keep an eye on. 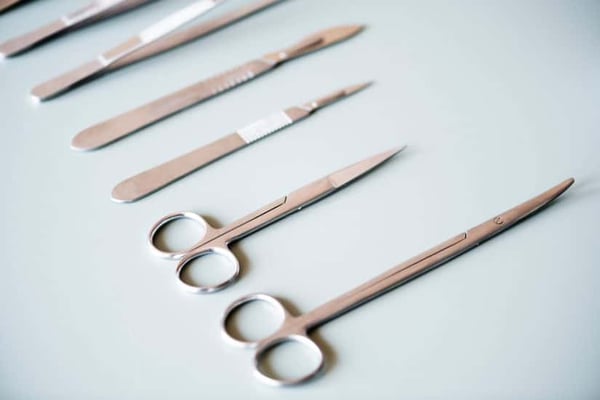 The medical and pharmaceutical field have been drastically transformed by VR

As the world’s largest aerospace firm, Boeing is internationally known for their consistent drive for innovation, generating large amounts of revenue. They are currently sitting at #27 on Fortune’s list, bringing in $93,392 million in revenue. Although 2018 had been a tough year, Boeing is still boldly holding their ground, continuing to place themselves in the top 50 range in the Fortune 500 list.

With their keen passion for innovation, Boeing birthed Boeing HorizonX with the sole purpose of investing in the future. Through providing resources to businesses and entrepreneurs, they hope to discover the next big idea. Back in 2017, Boeing HorizonX invested in C360, a VR start-up with a focus on 360 videos. With this new found investment, Boeing HorizonX hopes that this partnership will allow them access to the latest in technological advancements, and bring them to their customers. In addition, their parent company has started to develop an AR/VR simulation to train its pilots. The market has seen a huge spike in demand for pilots, adding to the challenge of providing effective and efficient training. As such, Boeing has started to adopt digital solutions such as VR to help combat this area of friction. Through immersive simulations, pilots are now able to have far more profound training experience. Now, more than ever, pilots are able to equip themselves and learn from their mistakes without costly repercussions. 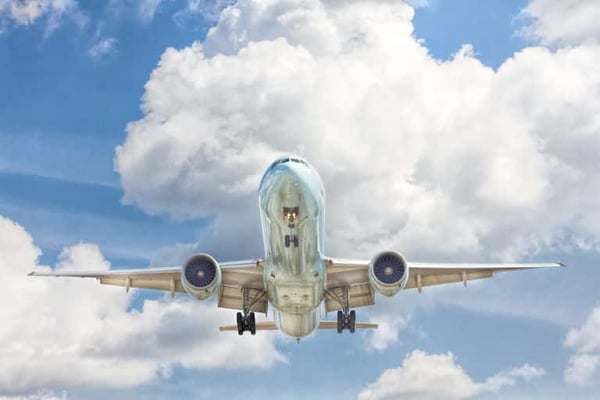 The Future of Business

Some of the biggest market influencers have started to recognize and adopt VR as a  piece of powerful technology. As we continue to embrace the digital transformation, it’s time we stepped into the future of business. Of course, the F500 companies may seize this opportunity at a much larger scale, and their way of adoption is much more costly comparatively. However, VR is more accessible today more than ever before. Our market is shifting, and we are transitioning into technology that is future-proof and provides an out-of-this-world experience. Large corporations have made the change -- when will you?

Here at Yulio, we strive for excellence in performance and integrity when it comes to our product, and customer service. To learn more about how VR can enhance your business workflow, sign up for our FREE 5-day email course.  To try our program for yourself, sign up for our free 30-day trial (no strings attached).