How to Think and Design in VR

VR has opened up new possibilities for several industries, but the hope it holds for architects and designers is staggering. And like any new technology, the people that use it most successfully will learn to design in VR, rather than simply translate more traditional methods to the new medium.

In 1936, when NBC broadcast the first television show in history, it consisted simply of a camera pointed at two individuals sitting at a table. It was essentially a camera pointing at two people doing a radio show – a medium where a winning pattern was well established. Broadcasters have since become experts in creating within and for the medium, having long ago abandoned attempting to translate a different medium for a television audience. VR presents similar challenges. 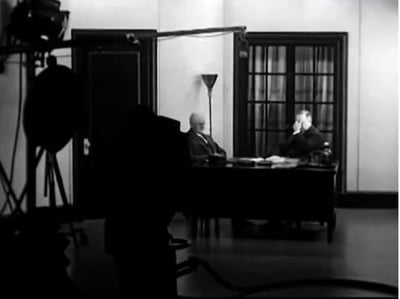 The first television broadcast (in 1936) shows a simple use of TV as a medium. Source: Youtube

The same thing can be said about how web pages were originally designed. The earliest examples were essentially single-page PDFs that displayed text in a very basic template. Now, of course, websites are the primary storytelling medium for brands to communicate to their key audiences. Designers have learned how to use the medium to take viewers on a journey, and tell them a story.

So here we are again at the start of a new learning curve for a new medium. And it will take time, creativity and energy to uncover the extent of its experiential capabilities and to learn to design in virtual reality. 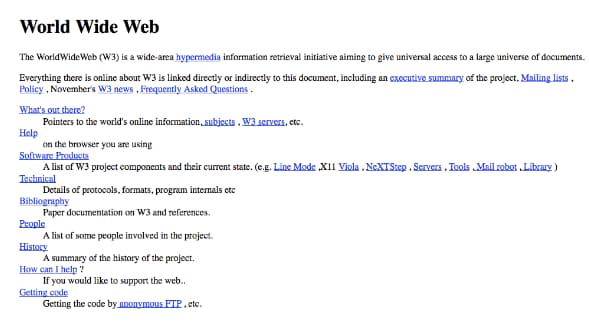 Why should you learn to design in VR?

Goldman Sachs has estimated the VR industry will reach $80 billion by 2025. Specifically, learning to design and tell stories in VR is increasingly on the radar of the largest companies and organizations in the world like Audi, The North Face, UNICEF, and McDonald’s.

In architecture and design, there are already CAD programs that allow the designer to visualize in 2D and 3D renderings – but early adoption is key. Design in virtual reality includes other considerations, such as sound, depth, and the potential for a deeper emotional connection to the content. It’s a medium that pushes beyond traditional image and video content to full immersion. And we’ve only just begun started discovering how it can be used. But how do you start to think and design in VR?

To really understand how to think in VR, you need to have experienced it yourself. If you’ve yet to, pick up a smartphone and a VR headset. There are plenty of budget-friendly options when it comes to hardware. Here is our overview of some options here!

Where do you look, what do you see?

After familiarizing yourself with the medium, you need to think about the perspective of your client when they enter the experience. Our own testing has revealed people tend to look up and to the right when they first go into the VRE (virtual reality experience). Then they look behind them. It’s a different pattern for most designers, who usually focus on certain design elements in one static point vs. the aesthetic of the whole space. Anticipate every head turn and angle, just as if you were presenting a finished product.

When immersed in VR, you’re not just observing a scene; you’re actively participating in it – and changing your actions based on what you want to look at or interact with at the moment.

Remember that design elements in VR come to life in a way they simply don’t in traditional renderings. The quality of your images determines the clarity of the design, which will help with client uncertainty when you’re presenting a design.

“Aspects, such as the structure, how it looks, what lighting layout[s] look like, what kind of wood we’re using and how reflective the type of stone will be are all elements that really pop out when we render in VR and look around the design wearing the VR headset.”

VR experiences are sensory-heavy, which means you approach every move while engaging with any senses being tapped into. This also means your client will learn they have full control over their respective experience and movement within the virtual space. Designers can use this to their advantage by accessing VR features like navigational and audio hotspots.

Navigational hotspots can be used to move around the space and see different angles and perspectives, or maybe move down a hallway into a new section of a project. They help your client have a sense of space and scale throughout your design. 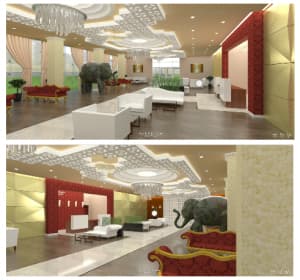 Have a better sense of space and scale by walking through your VRE design using navigational hotspots.

Another use for navigational hotspots is to display alternate design options for a project, such as alternate color schemes, finishes, and furnishings. Hotspots allow your client to “try on” different styles by eliminating the need to purchase sample products to compare in the space – and thereby, accelerating design decisions. 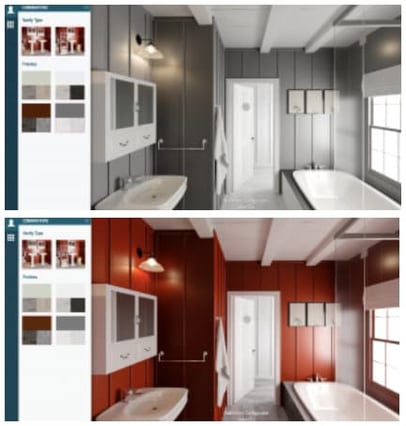 VR hotspots allow you to make better-informed design decisions without the costly expenses of sampling products.

Navigational hotspots are also used to show what a design could look like during different times of the day (day/night) or year (winter/summer). This can be useful for potential homebuyers if they feel uncertain about location or views from their home.

Audio hotspots are also used in VRE’s to deepen the immersive experience for users. Some common uses are for providing design rationale, adding a narrative element, or including ambient noise to enhance the VRE for your viewer. 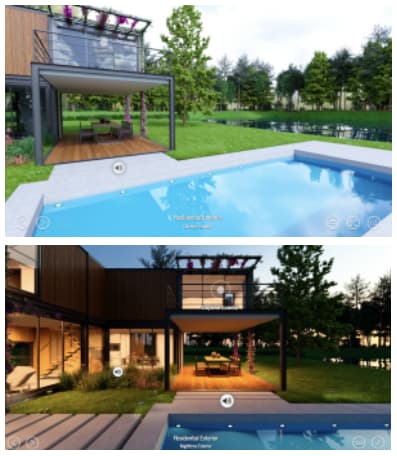 Navigational and audio hotspots add depth to your VR experience by creating an interactive component for the user.

Thinking outside of the (virtual) box

Mediums, like language, are something that needs to be learned. Think about how you learn a language. You aren’t truly fluent until you can speak in it without translating it into your head. VR is still a medium that hasn’t been explored much, and really, no one is truly fluent yet, which means that people are likely bound to find some new functionality or use-cases that VR is perfectly suited for.

Consider, for example, a company named VR Coaster. They work to combine virtual reality with roller coasters and other theme park rides to heighten the experience for riders. The VR technology works alongside the real force, drops, and airtime that you would already get from the ride, but with some VR twists to make it an experience of a lifetime.

So, when you’re creating a virtual reality experience and trying to think in VR, remember you’re not just designing elements to look at. You’re crafting an entire environment for your clients to live in for a few moments. There’s so much potential to designing in VR, and the world is just getting started.

To find out more about creating your own VR experiences, check out our free 5-day course, or create a VR experience for free with a Yulio account.