One of the largest hurdles for students, when they graduate from school, is that they just don't have the hands-on experience they nee to jump into a job. 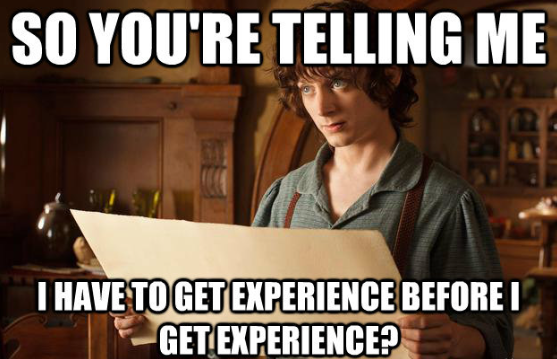 But why? Isn’t paying an arm and a leg to go to post-secondary school supposed to mean that you have access to all these shiny and new tech toys that will allow you to be successful wherever you end up working when you graduate? When it comes to virtual reality in education, schools are trying to determine whether VR is here to stay as a trend in how certain careers will be performed, or whether it is merely a fad. That’s fair - it just doesn’t make sense for it to be universal in the education system yet. Plus people are still uncertain of the staying power of virtual reality. 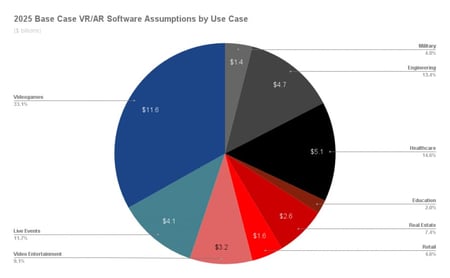 By 2025, the VR/AR industry will be broken up into more than 9 industries, totaling over $80 billion dollars.

We constantly see consumer adoption used as a proxy for VR, but the reality is that VR is growing every day outside of consumer applications.  The Oculus GO, released for sale just a couple of weeks ago, is set to revolutionize the mobile VR market as the first stand-alone headset - a HUGE leap from the Samsung Gear VR which required a Samsung phone to be strapped inside of it for it to work.

Right now, VR is used for training, gaming, e-commerce, entertainment, architecture, design, and real estate, but many major technology reports are predicting that the VR/AR market is going to rise to be worth upwards of $80 billion dollars by 2025! Spread that across more than 9 industries, and the next thing we know, VR could represent the kind of work and industry revolution that computers and smartphones did. It’s definitely time for educators to recognize the change coming to the industry, and consider VR in Education.

Bring on the Millennials

Students entering the workforce are going to be the ones that pave the path for how we use technology in the workplace and the rest of us will have to keep up - so introducing them to VR technology early, while they’re still learning, is going to be beneficial to everyone in the long-run - Plus, they want to learn!

A study in 2006 by Penn Schoen Berland found that 77% of millennials interviewed WANT to use VR/AR because they think it will make their jobs more productive.

Millennials are technology natives - they were born and raised with this internet thing growing alongside them and with new tech gadgets popping up left-and-right. So if millennials are interested in it, and want it, odds are they’re the ones that are going to contribute to how large VR/AR gets! In fact, by 2025, millennials will make up 75% of our workforce and 44% of our next wave of buyers. So it’s not so surprising that 53% of millennials said they would rather lose their sense of smell than their digital devices! A bit drastic - but it gets the point across.

People that learn about virtual reality in education environments will graduate tech-savvy, and have come to understand a different level of how humans interact with a space, plus, they aren't as fazed by change. And on top of that, graduating with a background in VR was uncommon a couple of years ago, so having the experience will let them stand out of the crowd from their classmates.

VR First is a global program working towards democratizing virtual reality - and their efforts have gone towards just getting the technology out there, so that whoever is interested in learning the tech or creating content has access to the resources they need.

Their labs are meant to be used for, “nurturing new talent in VR/AR development and converting ideas into business opportunities. Furthermore, VR First offers competition services to prepare companies for the challenges of tomorrow.” A prime example of recognizing the value of VR in Education early and creating a workforce which will drive the technology to new levels. 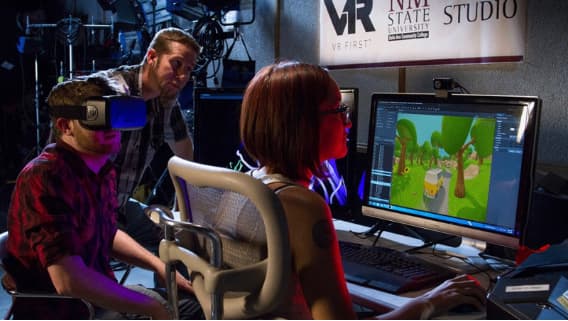 By the end of 2017, VR First had a goal to have VR Educational Labs put into 50 universities, and to date, according to their website, they’ve achieved this goal with 50 VR labs implemented across 23 countries, and almost 5000 VR/AR developers working with the technology all by recognizing the value of virtual reality in Education.

We’ve talked previously about how, with new technology, there is a whole new approach for how we can use it to the best of its ability, or how we can master its affordances and limitations so we can harness the best experience possible. Going forward, VR First says that over 65% of universities across the world are planning VR labs - which will be a huge game-changer for VR in education -  so many people will already be familiar, and ready to explore more use-cases or advancements to the technology that haven’t been discovered yet.

Right now, VR First has 52 projects running, and of these,

The variety of projects that VR First is working on, is proving that VR still has so much potential, and that because it’s still in its early development stages, (and the whole augmented reality, and mixed reality coming in play) we’ve just hardly scratched the surface of possibilities that the digital reality market has to offer.

We're avid supporters of VR in education and believe everyone has the right to the best tools and access to the latest research. We’ve been working with a multitude of schools like Ryerson University for Architecture and Interior Design, Boston Architectural College, Eastern Michigan University, and others to begin introducing students to virtual reality that they can use to enhance their VR skill sets and build impressive VR portfolios. We believe that democratizing the technology for students by putting VR in education is the best way to train and prepare them for the workforce, especially if the market predicts that it’s going to be a big deal when they leave school and settle into a job.

Take a look at these interviews to see what the educators had to say about how the technology isn’t only benefitting the students, but them as well!

The good news is - with these type of initiatives making the technology more accessible and students more empowered to use in the existing and evolving technology, we can expect to see some great experiences and different uses for VR!

Does your school use VR yet, or do you think your class could benefit from trying VR? Have your professor contact us, and we can start the process to have VR liberated for your school! And in the meantime, sign up for a free Yulio account to try VR out for yourself! 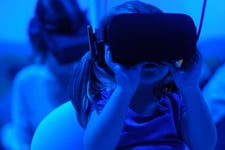 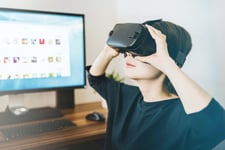