Charlie Fink is a former Disney, AOL and American Greetings executive. In the 90s, he ran VR pioneer Virtual World. Today he is a consultant, professional speaker, columnist for Forbes and author of Charlie Fink's Metaverse, An AR Enabled Guide to VR and AR.

The transition to VR adoption faces significant barriers. Unlike the smartphone, this requires big changes in consumer behavior. Head-mounted displays (HMDs) are a new idea. In order to get people to buy Pepsi, they have to know what soda is. For this reason, adoption may look more like personal computers, which took fifteen years, than smartphones, which took two years. 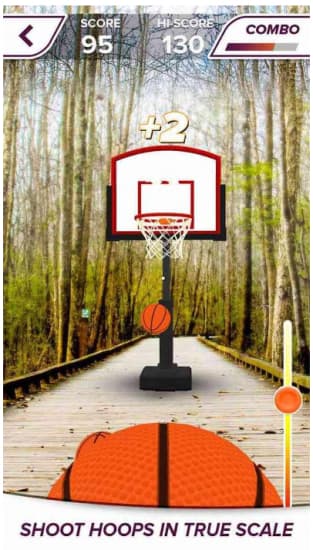 AR Sports Basketball enabled by AR Kit, which anchors it in space. This is some of the more amusing free diversions in the app store

During the Internet explosion in the early 1990s, we often looked at a graph which showed rates of consumer technology adoption. The data suggested that the speed of adoption would continue to accelerate, which proved to be true for smartphones and tablets, but those devices took what we were already doing and made it much better.

It took fifty years to electrify the country. It took thirty years to wire landline phones. It took radio twenty years. Television, ten. The Internet took less than five years. AR and VR cannot be conflated with these technologies. Instead, it is like the personal computer, which took fifteen years to hit an inflection point. Personal computers came into our lives very slowly. 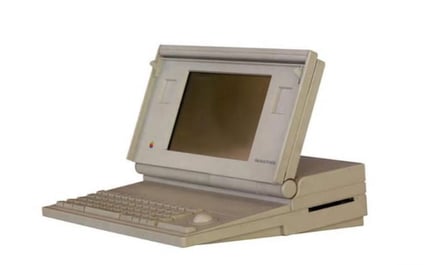 Throughout the 80s, personal computers were considered first adopter novelty items for nerds and rich people. It wasn’t until the end of the decade that PCs were common in most offices. They were expensive. They ran expensive CD-ROMs, which were either games or educational in nature. If the computer had a modem (it was considered a peripheral, like speakers), you had to open it with a separate program. I remember in 1993 I needed to open several programs to get onto the Internet. One for TCP/IP. One for the modem itself. One for my sleek new Netscape Navigator web browser, and yet another for IRC (chat). 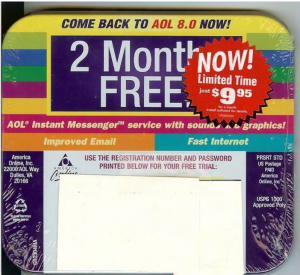 In ten years, AOL distributed more than one billion CDs. At its peak in 2002, the company had more than 26 million subscribers. Photo credit: Jan Brandt

However, once the PC met online services, the PC hit an immediate inflection point. This happened within months. The advent of online services like AOL and Prodigy, with their all-in-one discs that brought all the disparate Internet software together into one simple (sort of) plug and play program, pushed the PC to an inflection point. By 1996, everyone had to have one, because at that point, the value proposition was so clear and substantial.

In the early 2000s, many people were given their first smartphone at work, the BlackBerry, which allowed users to send email on the go. Soon, consumer cellphones had those features, and people received remarkable upgrades for free as part of their normal cellphone replacement cycle. The wireless providers and handset makers took what we were already doing and made it much, much better. Yes, please!

Mobile AR, which turns the camera into the window through which we see the world, has been available on Android phones since 2015 and on iPhones since the fall of 2017. Because of Apple’s scale, within a few days, hundreds of thousands of people could do much more with the phone. There were just two problems. The first was apps. They’re novelties and game enhancements. Second, holding one’s arm out to view the world through the camera may be the worst form factor accidentally invented by man.

The world’s cheapest HMD is already in your hand - join the symphony of VR adoption with your phone. Photo credit: Headflat

Augmented reality works exceptionally well for enterprises (as computers did in the 80s), but they largely aren’t for consumers, although there are some nifty AR-enabled toys and books. For consumers, AR headsets are in a protean state. There are basic problems with optics and field of view. Costs are still going up, not down. Interface solutions are not obvious. Speculation swirls around the big companies and some stealthy startups (most notably Magic Leap).

Ironically, the really big utility problems are outside the smartphone. They’re in the cloud and pertain to unsolved issues of bandwidth, compression, artificial intelligence, and the lack of a geospatial social “AR Cloud” that would make the glasses contextually aware. In regards to VR adoption, the problems are simpler and more profound. Navigating with hand controllers is extremely awkward and people still get motion sickness. The optics are terrible. At current resolutions, the pixels are visible, creating a “screen door” effect. Even advanced headsets only have a 110-degree field of view.

Rapid advances in smartphones have spoiled us. VR and AR aren’t going to be like that.

This is an excerpt from my book Charlie Fink’s Metaverse, a continuously updated, AR-enabled guide to VR & AR, published January 9, 2018, by Cool Blue Press. 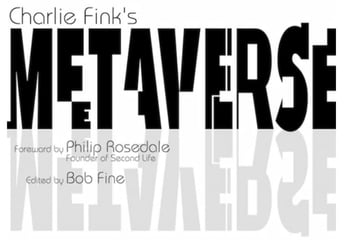 We’d like to thank Charlie Fink for joining us as a guest author on our blog! Check out more of his work here - and if you’re ready to adopt VR for your own business, sign up for a free Yulio account!

This post was originally featured on Forbes.com on December 13, 2017