VR Hardware: What You Need to Know About the Oculus Quest 2

Just a few weeks ago, rumours about the Oculus Quest 2 headset swarmed Twitter, Reddit, and a number of tech news sites. Leaked images and videos of a white rounded headset appeared on almost every social platform, causing VR and tech enthusiasts worldwide to brace themselves for a highly anticipated release.

On September 16, 2020, Oculus finally confirmed in an announcement that the Quest 2 is finally here and will push the state of VR further than ever before. The original Oculus Quest that was released in the summer of 2019 revolutionized the industry and became one of the bestselling VR headsets to date. With the price of a headset starting at $299USD - approximately $100USD less than the first-gen Quest - this piece of hardware is currently one of the most advanced yet affordable option on the market. We’re just as excited for the Quest 2 and what it has to offer, so let’s see what we can expect from this headset.

In terms of the design and look of the Quest 2, the headset looks pretty much the same as its predecessor except that it’s made of light grey plastic. However, it does weigh about 10% lighter than the first Quest. This was one area of improvement we noted when we first tried out the first generation Quest since we found that the headset would start weighing down your head or press against your forehead after extended use. While a 10% difference may seem like a relatively minute change, any weight shaved off from the headset can provide a more comfortable and enjoyable experience. 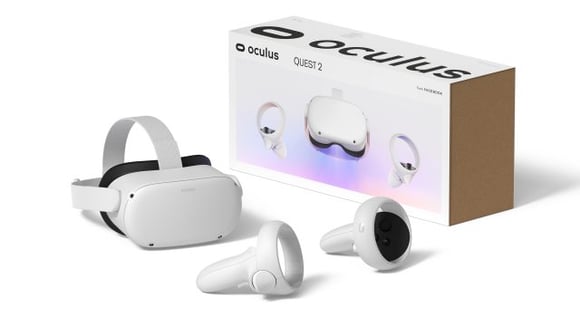 Now moving into the specs of the headset compared to the Quest:

Arguably the most exciting update is the Quest 2’s display resolution. With 1832x1920 pixels per eye and a refresh speed of up to 90Hz, the new and improved display has 50% more pixels than the first generation Quest. This latest development means that the images in the Quest 2 will be smoother, clearer and sharper than its predecessors, rivalling what you’d get from tethered PC-supported solutions like the Rift S or the HTC Vive.

The Quest 2 has also upgraded its controller design, placing greater emphasis on comfort and performance. The new Touch controllers are built with better ergonomics, intuitive controls and optimized controller tracking, allowing users to comfortably interact with elements in virtual environments for longer periods of time.

While these advancements, especially the high-definition display, is appealing for gamers and recreational users, these improvements should be equally as exciting for Enterprise users. Particularly for client-facing purposes, quality, comfort, and performance are crucial for a seamless, stunning and impressive VR experience. Although the Quest 2 is definitely not the only standalone 6DoF on the market, the latest capabilities are what elevates the hardware to be one of the most powerful VR headsets currently available. It is investing in advanced tools like the Quest 2 that can transform your client’s experiences.

Is It Worth It?

In order to answer this question, let’s break this down into a few sections.

From making the headset slightly lighter to the upgraded display and refresh speed, Oculus has refined the strengths and improved on a few areas that fell short from their first-gen Quest.  Having a high-definition, crisper and overall more visually stunning VR experience is definitely worth the investment, especially when using this headset in client-facing situations.

It’s important to remember that standalone headsets do not require any other external devices to support hardware. Tethered solutions like the Rift S rely on being plugged into a computer as well as having a designated area to set up external sensors to track and mirror your movement in the virtual environment. Unlike PC-based tethered solutions, standalone headsets like the Oculus Quest 2 have built-in sensors where setting up is as quick as setting the boundaries during the onboarding process. 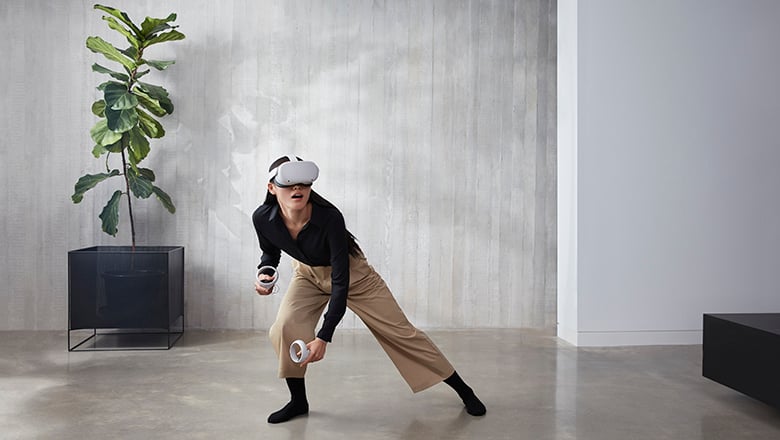 For tethered options, investing in a PC that is necessary to support the hardware will set you back roughly $4000USD - and this price tag doesn’t include the headset. However, with standalone headsets, all you need to purchase is the headset itself. And since the Quest 2 is currently priced at $299USD for an all-in-one device, the headset is an investment that most businesses and professionals can afford.

We hope you’re just as excited about the Quest 2 release as we are! To stay up to date with more VR headset news and what’s happening in the industry, follow us on Facebook, Twitter or Linkedin. However if you’re a business ready to get started with VR, click here to schedule a time to chat with our team - we’d love to find ways you can best implement VR into your workflows.

The Oculus Quest 2 is currently available for pre-order with the first batch of shipments shipping on October 13th. To learn more about the Quest 2 and to place your order, click here to head to their official announcement post. 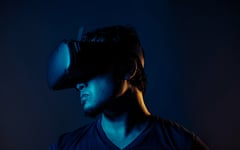 VR Headsets in 2021 and Hardware Announcements  from CES 2021