That Nauseous Feeling: VR Sickness & What To Do About It

VR has a - rightly deserved - reputation for causing some users to experience nausea. It is even the namesake of a new form of “motion” sickness - VR sickness. The experience is one a lot like sea or car sickness; cold sweats, clammy hands, headaches and, for some, a quick ‘reach for the trash can’. There are various theories about what part of the eye/brain/motion mismatch causes VR sickness and we’ll look at that in this post. But no matter the cause, you should be aware of how nausea (or the fear of it) may impact your clients’ willingness to don a headset when you share VR experiences. And how to solve the issue.

So what is actually happening?

Virtual reality-induced nausea didn’t enter the fray with the first Oculus Rift. It’s been around since the first astronauts, airline pilots and test drivers began honing their skills in virtual environments. In fact, it used to be called ‘simulator sickness’. It’s caused by a sensory mismatch between the vestibular (the balancing system in your inner ear), the visual (what you are seeing) and/or the kinesthetic (your physical movement). 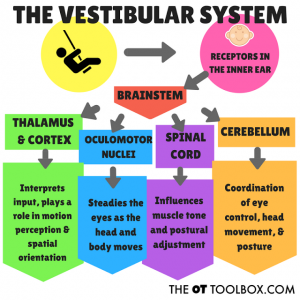 During a VR experience, a user’s eyes might be transmitting signals to the brain that it’s test driving a new Audi on the Nurburgring. But signals from the inner ear are recording no matching movement and this sensory conflict can trigger illness. According to some experts, this impulse to be sick is brought on by a self-preservation reflex. Mismatched sensory signals make the brain think a poison has been ingested by the body and it acts to get it out. But that’s just a theory. VR-related nausea won’t affect everyone. Based on those who experience motion sickness on boats, planes or in cars, estimates say it will affect around 25% of people. Women are also said to suffer more than men with motion sickness in general. Factors for this include postural sway, whereby women’s smaller bodies may mean they sway more when standing or sitting still, and women typically have a heightened sense of detection when it comes to sensory conflicts.

How to combat VR Sickness

Anecdotally, regular VR users say they acclimatize quickly and symptoms subside naturally. That’s certainly true in our office, where the team members who have been working with VR for years are surprised when newbies mention VR sickness concerns. But that won’t help your client in their first VR experience. Technology can be part of the solution. To reduce the subtle latencies between what is being seen and what movement is being physically experienced, headsets from companies such as Oculus, HTC, and PlayStation VR all now work with refresh rates of 90 frames per second. This ensures minimal lag and cuts down on numbers experiencing negative symptoms. Mobile headsets like Samsung’s Gear VR or Google Cardboard use smartphones to project the images, so the graphics aren't as sophisticated as tethered experiences. However, since mobile VR tracks only head movement and not full body motion, the effects of VR motion sickness are typically less. The incongruity between what’s been seen and experienced physically is smaller, which reduces the risk.

Getting around the VR motion sickness problem played a part in our decision to concentrate first on mobile as a method of delivering VR for business applications. The flexibility of mobile lends means it can be used in any setting, including places your viewers feel comfortable. And at Yulio we remove the straps from all of our headsets to enable ‘popping in and out’ of experiences. Communicating new architectural or interior designs doesn’t require prolonged periods of full immersion. In our experience, allowing viewers to immerse themselves in a design as they choose but then easily ‘pop out’, reorienting themselves, leads to drastic reductions in cases of nausea and ensures the experience is both comfortable and effective. When business users can raise the headset to view a window on your designs but know they can immediately remove it if needed, it helps resolve concerns about feeling ill and trapped.

With many different subtle factors leading to people experiencing vr motion sickness, there’s no one miracle cure. A quickly growing base of both entertainment and enterprise users, have meant, however, that technologies used to create, record and view virtual reality content are all being steadily improved with the issue squarely in mind.   Thinking about a headset for your business? Check out our guide to headsets, view a VR experience with the designs in our showcase or create your own in minutes with a free Yulio account.