A Year in VR: Recapping Highlights of VR in 2018

2018 has proved to be a pretty big year for AR and VR technology. The industry itself has developed one of the most dominant voices in the tech industry. According to VR Vision, the AR/VR market has grown 30% and shows no signs of slowing down. With such a sizable market growth, mass adoption of this technology spans across many different industries. The use of these advancements is no longer limited to just the gaming industry, but also those seeking a different and inventive business solution. Entrepreneurs in the AR/VR industry have reported developing content outside of entertainment. In fact, many have been using these technologies in architecture and engineering firms as a viable business tool.

As we move into an era for greater developments and advancements in both hardware and software in AR/VR, we can predict for many more interesting ways of using this technology. Before we move into a time of predicting what will come of the world of AR and VR in 2019, let’s reflect on some of the new inventive releases and uses from VR in 2018.

One of the greatest releases to date in the world of VR is the Oculus Go. Marking the new era of VR, this technological advancement was a huge feat for everyone in the industry because it represented the first attempt at a standalone unit. Leaving behind the intricate wires of the tethered headsets, the Oculus Go is very travel-friendly. With the option of wearing the straps or just holding the headset to your face, you can easily and quickly dive into the virtual realm. With such high-quality visuals untethered and without a cumbersome phone to power them it provides an experience that is on par with the Oculus Rift. Additionally, the price tag of VR equipment has become more friendly and the Oculus Go is no exception. For 64GB of storage, a Go costs $329USD in comparison to the $529 price tag for the Oculus Rift. 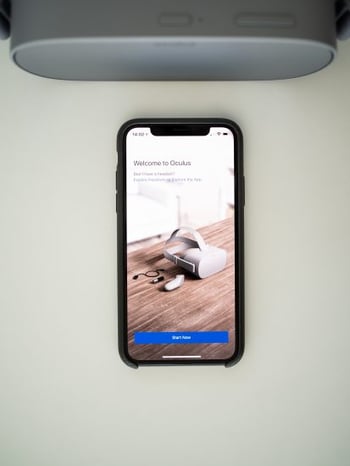 The release of the Oculus Go is a huge step for hardware in VR in 2018!

The biggest concern in the Perkins Coie LLP 2018 survey was how VR could be isolating. With wearing the headsets, as it only works with one headset per person, VR is an experience for the individual. Businesses have been trying to combat this problem by providing more opportunities to collaborate with others. One solution was the ability to have a platform for multiple users to view a project at one time. Yulio’s Collaborate feature is a presentation tool that allows multiple people to view a VR project live. This not only gives off the “wow” factor but is a useful tool to help direct your clients’ attention to areas of special interest. By opening up opportunities for greater interaction, the concern for detachment may be a fear of the past.

Ryerson University is home to one of the best Architecture programs in Toronto. This post-secondary school also hosts a series of Architecture Science camps designed to introduce students aged 9-13 to the world of architecture. After a few years, it became one of the most popular camps Ryerson offered, with using VR to transform the way their students view their projects. Being able to visualize your design is crucial, and “VR becomes a fitting medium to be able to communicate your vision with whoever without any translation errors”. With the ability and freedom to design in 3D, the children were able to also view their creation in VR making them very excited to see their design in familiar places (ex. Toronto’s City Hall). Both children and parents were shocked to see how immersive using VR was in their projects and left a significant impact on the creator, and the audience.

A snippet into a day in the Ryerson University's summer camp

The times are changing when it comes to children's toys. One certain item that was recently released was Professor Maxwell’s line of 4D interactive toy sets. You have the choice of science, chemistry, or chef that teaches children recipes with step-by-step instruction. With included equipment and some ingredients supplied, children are able to dive into culinary or STEM world through the added bonus of experiencing it in AR/VR. With the app and wearing the hands-free goggles, children are now able to learn on a different level through the enhancement of VR. As one mother puts it, the kits are “kid-friendly” and are “perfect for any curious child”. As the cost of creating AR and VR content comes down and enters the world of kids’ toys we’ll be creating a generation of people who’ve grown up experiencing learning this way as an option.

Walmart has been utilizing VR to not only enhance their workflow but to make it better. With the release of the Oculus Go, Walmart will be using this technology as a part of their training programs. By the end of 2018, approximately 17,000 headsets would have been shipped to US stores for this purpose. Though the Oculus Go released in 2018, Walmart has been using VR in their training centers long before the untethered headset was available. This F500 company already had 45 simulation models that would train, prepare, and equip employees for a deeper level of understanding. Now, employees are able to be taken into the world of a Black Friday sale rush and to be trained on how to adapt to the scenario. As such, employees can now anticipate the chaos, be prepared, and succeed on one of the busiest days for retail.

Many charities have started implementing AR and VR to give a greater depth to the problem they are trying to solve. Often times, charities may feel there may be a chasm between them and finding supporters of the cause, and VR has been used to bridge this gap. YouTube videos have done a great job portraying the hardships people face, yet it is further enhanced with VR - a tool some charities call an ‘empathy engine’. Organizations like Alzheimers Research UK, The National Autistic Society, and the Resuscitation Council have implemented VR into raising a greater awareness with the causes they’re working for. Royal Trinity Hospice has also created a tour of their facilities to break down and humanize the experience of those living in the hospice.

VR has been a crucial tool to help donors realize the need for donations and to be more generous in giving. With facing the barrier of being detached from the situation, charities have been able to use VR as a bridge, and successfully convey the message they wanted to. By doing so, it hopefully challenges the audience’s views to review their misunderstandings or lack of knowledge to be more informed and head into the direction of a better understanding towards others.

FIFA is the most viewed sporting event in the world, with 3.5 billion people who turn on their screens to cheer on their favourite teams. Aside from the Olympics, FIFA successfully attracts people from different countries and cultures to set aside differences and to come together for these highly anticipated tournaments. In 2018, FIFA was not only being viewed through televised programs and live online streaming but had added streaming in VR as an option. An added bonus was some VR viewing venues like those hosted by Oculus and BBC Sport was available for free with using the Oculus Go and Gear VR. With the added immersive element that VR brings, the already beloved sports event was enhanced into a sensational experience. There is no question as to why the most viewed sporting event jumped on the bandwagon -- now you are able to tell your story in a new and transformative way.

As we head into the new year of 2019, we can expect bigger and better things in the world of AR/VR. With the hardware and software advancements we have experienced with VR in 2018, this industry shows no stopping down. We have seen how much this industry can progress in a year, and the next year will be no exception. AR/VR has become a crucial education and business tool, and it definitely is reaching into other industries.

Here at Yulio, we strive for excellence in performance and integrity when it comes to our product, and customer service. To learn more about how VR can enhance your business workflow, sign up for our FREE 5-day email course . Get in touch with us to schedule a training webinar for a full walkthrough of Yulio here . 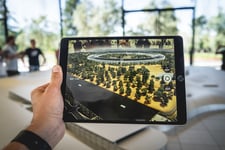