It may not yet have reached the heady heights of Astronaut, Pro athlete or 1980s Apple investor, but finding VR jobs has become a major aspiration for an increasing number of career seekers. Whether it’s budding young minds entering the workforce for the first time or those looking to change career lanes mid-journey, interest in pursuing VR as a career is booming and the question of how to get a job in the industry is one we get asked a lot.

VR jobs will be plentiful but across many areas. Decide the area you’re interested in first

Having fought their collective ways from the virtual mail room to the virtual boardroom, many of the team at Yulio understand full well what it takes to build a career in VR and have recommended that the very best way to start is by answering this one simple question;

The obvious truth is, VR is not one big collective thing that can be studied and perfected. Within it, exist a multitude of different opportunities, some technical, some creative, some unique to VR and some not so. It’s because of this that it’s important for anyone with an interest in having a career in VR to find out what it is that really gets them excited.   It could be- A desire to create immersive stories that move people A desire to help build new platforms for a newly emerging technology A desire to combine creative mediums with analytics and strategy to help grow a business -or, it could be some other aspect of business where VR is planting its feet. But remember, you don’t necessarily want virtual reality jobs. A better career goal may that you want to be well positioned to understand and use an exciting new medium. Or you think this technology is disruptive, and that excites you. Whatever that key career goal is, it’s worth digging into it a little deeper, at least in the early stages of an investigation. Why take this broader view? “I just want a VR job!”, you may well be thinking. But many of us have been through these disruptive changes before and we promise, it’s wiser to take a step back. 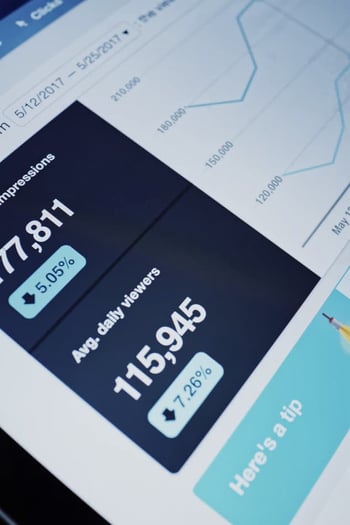 VR jobs can be much more than mechanics

As an example, a few years ago, emerging career opportunities were appearing in areas such as Search Engine Optimization and later, Facebook marketing (a few of our Yulio employees were part of those in their earliest iterations) . Those with a keen drive to master Google or Facebook’s complex systems found themselves having to scramble and relearn every few months as these algorithms were refined, shifted and updated to suit an evolving set of corporate objectives. Ultimately, if you built your expertise around knowing exactly what buttons to push within Facebook to be an effective marketer, you were effectively cut adrift when the button moved. And you were setting yourself up to be an order taker, not a social media leader. On the flipside, if you built your expertise around how to write compelling copy, how to leverage data to inform your creativity and how to engage customers, you could easily adapt and have a far more interesting career leading social media strategy, not merely executing on the mechanics.

Within an emerging and evolving technology, the playing field will change quickly and that certainly applies to VR. In time, no doubt everything about VR will change; how it’s created, how it’s applied and where it’s used. And VR jobs today will change too. Because of this, it’s especially important for those looking to ‘find VR jobs’ to reflect on what part they will be most excited to play. Once an overarching goal is clear, then one can look at how VR is aligned with it. Is it storytelling? Then it’s time to start investigating the work and talking to those people that are shooting VR films or marketers that are telling great brand stories through VR. In our experience, people working in the VR industry LOVE talking about what they’re working on, so don’t be afraid to do some research and reach out directly to those whose work inspires you. In case you thought we might wrap this up with literally no ‘practical’ advice on getting virtual reality jobs, don’t fear, we have some of that too.

There are a lot of VR resources out there already and more popping up every day. The space is changing fast, so keeping up to date with the areas that matter to you i.e. hardware, software, emerging stars, new applications, etc, is a good way to start uncovering the possibilities of VR jobs. There are some great media outlets and some great thought leaders who are out there tracking and alerting their followers of the major movements in the space. Our Chief Marketing Officer follows a few of these influential folks on Twitter; Rick King - https://twitter.com/RickKing16 Sanem Avcil - https://twitter.com/Sanemavcil Ryan Bell - https://twitter.com/ryan_a_bell Tom Emrich - https://twitter.com/tomemrich   And members of our team also like to read content from some of these great accounts; Within - https://medium.com/@Within Haptical - https://haptic.al Robert Scoble - https://medium.com/@scobleizer The Metaverse Muse - https://medium.com/the-metaverse-muse   Want to get a concise snapshot of how VR can be integrated into a business? Simple. Take our 5-day course with Chief Product Officer Ian Hall. 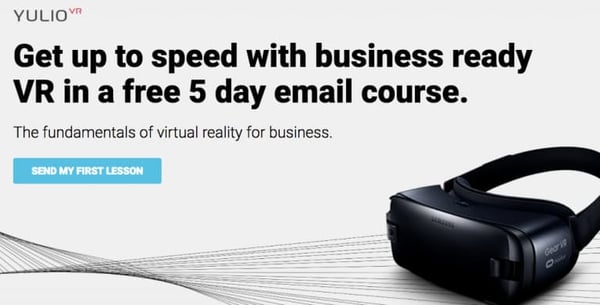 
Learn the craft of storytelling and then adapt it 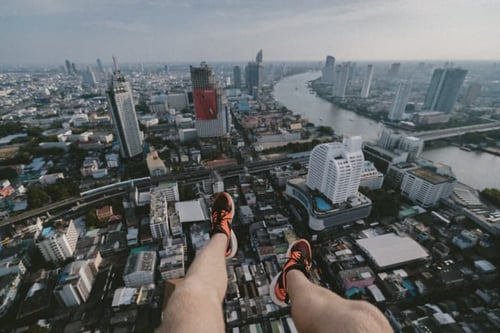 VR jobs in content will need to figure out the best ways to tell a story the users guide themselves.

VR is beckoning in a seismic shift in storytelling. In the same way that, in earlier days, TV and film producers had to figure out a new language for telling stories using visuals as well as audio, VR means telling stories that, although created by a director, are going to be controlled by the viewer. That's a major disruption but ultimately, the skill set remains the same. Some of the best directors say they paid close attention in English class - character, motivation, and themes will all carry through in VR. Whether you are telling fictional, gaming or product marketing stories, there’s still a narrative at play and skills honed in this area will still be an advantage. 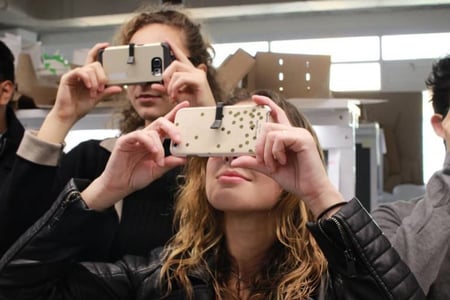 Ryerson architecture and design students are preparing for an industry that uses VR.

For those looking to work with VR in a particular field they’re looking to study, research schools that are using VR tools directly within their curriculums. Some of our education partners, including Ryerson University, Boston Architectural College, and East Michigan are early adopters of VR in architecture and design. Students of these types of progressive educational organizations will leave their courses and approach entry to the workforce with a key set of differentiated skills in VR likely to give them a competitive advantage. And while they are not preparing to be VR programmers, they are preparing for a world in which VR may change their chosen industry. VR jobs go far beyond the medium itself.

Lastly, use it or lose it.

If you're applying for a job that involves VR, search for a clever way to tell your story in VR. Whether you're showing off design work, 360° video of a project or an experimental film, telling a VR story should, wherever possible, be told in VR. In a recent interview with Ryerson Interior Design Professor Jonathon Anderson, he told us first hand that, when seeking out summer internships, a group of his own students used VR to showcase their work. In doing so they cleverly set themselves apart from other candidates and in every case came away with the position.

You’ve heard it here. Time to go out and make a difference. Find the career you feel passionate about and consider how VR and other game-changing influencers will change it. You can prepare your own VR experience for an interview or project for free with a Yulio account. Sign up here. Or, learn more by reading over our SlideShare presentation on the industry, here.