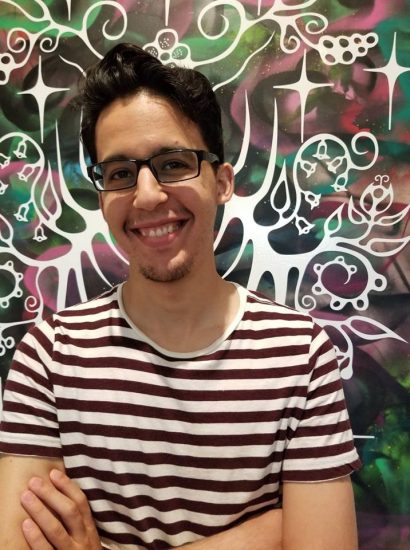 Oussama is a part of our talented development team in Yulio!

This week, we’re going to continuing our Yulio VR Employee Highlight with ‘The CAD Man’ himself, Oussama. Oussama Belhenniche is one of the guys behind-the-scenes of Yulio on the development team, but he works on one of the major pieces that makes Yulio as business-ready as we are. CAD plugins are essential for making our business-experience as seamless and simple as possible, and it’s all because of Oussama. He works to improve this flow between Yulio and your CAD plugin so that technology doesn’t cause friction in the process of creating VR experiences. By focussing on CAD plugins, Yulio lets designers be designers and use the tools they already use.

So, Oussama tell me a bit about yourself.

So I'm an electrical engineer by training, but a software developer by choice. I went into software because the feedback loop is shorter than electrical engineering - if you don’t know what that means, basically when you make changes to your product you get instant feedback if you do it in software rather than hardware - that’s why you don't see a lot of hardware startups. It’s very difficult to achieve that same feedback loop.

I went into software in my second year of university at Ryerson University in downtown Toronto. So yeah! Four years later I graduated and started looking for jobs without exactly knowing what I wanted to do, so I applied to a bunch and just went from there!

I found Yulio on a startup recruitment website. What struck me was the mission that Yulio was on - getting from a 3D format to a VR medium - it was something I was genuinely interested in learning. I knew what 3D was and I’ve had experience working with 3D objects and 3D schematics from university, and I knew what VR was, but I didn't know how the two connected. So when I saw the job posting, I thought it would be a great opportunity to learn how they do it and become a Yulio VR expert.

Well, I do a little bit of everything. Sometimes I work on the website, sometimes I work on the core-side, but mainly I’m the CAD guy - which means I do a lot of the work surrounding the CAD plugins that we offer. The plugins are tools we have for our clients who use different kinds of CAD programs in their business; they make it as easy as a click of a button to bring their 3D scenes into glorious VR. So my job is to try and work on those plugins to make that transition as easy and seamless as possible for our clients.

Before I came to Yulio I had never tried VR before, so I played a VR game where you’re shooting at zombies in a desert. When I first tried it I didn't really like it because I wasn't wearing my glasses - the experience was kind of blurry and pixelated, but now that I’ve been able to try it with my glasses on, it was much better! I can see why people would lose hours in it - it’s very immersive, especially if you have headphones in, it's like you're there. Yeah! So I spent about half an hour playing it for the first time.

I’d like to see more VR in education. We’ve seen it in games and we see it in enterprise software like Yulio is doing, which is awesome, but I’d like to see something like ‘The Magic School Bus’. Imagine THAT in VR - it would be super cool. Like, “Ok class, today we’re learning about biology. We’re learning about hearts and what it does and the different components” - I’ve always struggled with that kind of stuff, so yes, I understand what the teacher is saying but I can't really visualize it. But, if every student had their own headset, then they can explore the heart together. I could definitely see the value added to education through VR.

Or museums, for example. If you have a painting of an artistic rendition of a war scene and a  VR headset next to the painting. You can look at the painting and when you put on the headset, you can also feel what it’s like to be inside the painting itself.

I like running to keep myself active. I like cooking and baking. I like watching British Bake-Off… which is a British TV show about cooking. It’s a nice show for when you just want to relax and see some British people cook. I like to relax and hang out with friends and play video games sometimes.

I like telestrations! People guess what you draw and then the next person draws what you guessed. I like to see where the disconnects happen. It also has a message that communication is very important in a workplace - If you say something wrong then it can propagate itself to being really wrong down the line, so you have to make sure that communications are clear and precise.

We’d like to say a big thanks to Oussama for taking the time to sit with us for a little Q&A about himself! Stay tuned for some more interviews with the staff that power Yulio, and discover how we’re all learning more every day about our VR job!

If you want to learn more about the VR/AR industry, and things to consider when you’re looking into VR solutions, then sign up for our FREE 5-day email course to get up-to-speed with VR. Want to try Yulio for yourself? Sign up for a free 30-day trial with full access to our feature set! (Have a CAD program and want to use Oussama’s plugins? Click here to download your CAD plugin!) 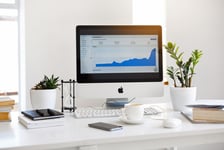