The Popularity Behind VR Horror Games

The horror genre has always been very popular. Timeless classics in the entertainment industry include the most iconic horror film the 1931 adaptation of Frankenstein. Films like The Conjuring, The Exorcist, and Get Out are some of the most watched films by horror film enthusiasts. The movie IT alone made $327.48 million dollars in the box office, making it the highest grossing horror movie of all time. But why is that? Is there a reason for this trend? Why would people pay their hard-earned money to experience a kind of entertainment designed to make them uncomfortable? We will unpack this phenomenon by looking at the psychological research conducted in this area. 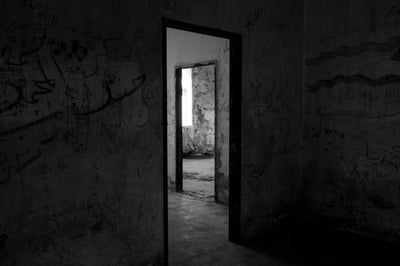 Have you ever asked yourself why you think the horror genre is scary? Can you point out exactly what makes unrealistic characters like zombies and vampires so frightening? The reasoning behind this phenomena could be found in the field of study known as Evolutionary psychology. Evolutionary psychology theories that humans are continually adapt to their surroundings in order to survive by investigating how our intricate code of DNA is reflected in our behaviour. An example of this in action is seen in the usefulness and value of one of our primal instincts: fear. Comparatively to the state we live in, our ancestors were under constant danger from predators, diseases, or other humans. Gradually, our ancestors developed a fear system that would keep them vigilant to immediate dangers, keeping them alive.

According to Mathias Clasen, an associate professor in Aarhus University, the horror genre masterfully “exploit[s] [our] evolved ancient biological defence mechanisms” by intentionally transporting the users into imaginary virtual worlds of danger. Clasen points out that our heightened level of fear is not new, and our hyper-vigilance and hyper fearfulness is what kept our ancestors alive. Now taking Clasen’s example of zombies, why can they make us feel uncomfortable to look at them? The character premise of a zombie is that an infectious disease has taken over which causes the individual to decay, and to prey on other living humans. Clasen points out that this character represents targets our fear system through contagion and predation. Incorporating Evolutionary psychology, our constant fight for survival also projects our fear of death. Not only are zombies are visibly decomposing, but the fear of being infected or being preyed on revolve around our primal fear of mortality.

Now knowing all of this, why on earth do humans enjoy the horror genre so much that haunted houses or video games are enticing? 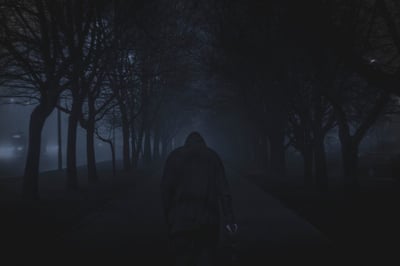 The horror genre targets our fear of danger due to the possible result of death.

The Popularity of Horror Games - Explained

Teresa Lynch and Nicole Martins from Indiana University conducted a study in 2014 looking to observe undergraduate students’ fright experiences caused by horror video games. Students were tasked with playing survival horror games and to later answer questions like how sound influenced the fear they felt. The researchers found that over half of their study population reported the video games caused fear, and an incredible 40% of participants said they enjoyed this fear. What is the reason behind such a high statistic? Clasen states that his research “suggests that humans evolved to find pleasure in situations that allow us to experience negative emotions in a safe context”. These horror games give us the opportunity to be truly afraid, yet also allows us to evaluate our responses in a safe environment (at home or in a gaming cafe). As we evaluate our reactions to negative stimuli, we are able to maintain or refine our coping skills and strategies which could be later applied into real life. By continuing to practice, we can build a sense of “mastery” and expand our limits of what we can handle.

Why Play VR Horror Games Then?

Taking what we have learned from Clasen, Lynch and Martin’s study, and the evolutionary framework, why would an individual choose to play these VR games? With further advancements in technology, video game designers and developers continuously push the boundaries in hopes of making the experience as real and immersive as possible. When in a fearful situation, everyone has their own defence mechanisms that may include covering their eyes or plugging their ears. However, when putting on the headsets and headphones playing a VR game, your ability to hide is taken away from you. Additionally, video game designers ingeniously psychologically convince you that you are physically in the game. Personalization of your character (skin colour, gender etc.), and speaking to the characters are a few minute ways of creating a deeper connection between user and game. With added hardware like a biometric monitor and eye-tracking technology, users can have a more personal and catered experience. The monitor measures a person’s heart rate as they are playing the game, and if it is too low, the game will intensify in hopes to scare the user more. With eye-tracking, not only does it provide a more accurate experience for the user, but it also helps with the development side of it. Traditionally, a developer may spend a long time choreographing a scripted sequence. However, developers run the risk of the user missing their “money shot” scare if the user was not looking at the right corner at the right time. Now with eye-tracking, this technology could be used to “trigger the event only at the precise moment ... for the maximum scare”. Thanks to the constant innovation of video game designers, horror games are now more immersive and real, allowing individuals to push their limits on coping with negative stimuli.

There seems to be no slowing down for virtual reality horror games. So now that you know the allure of horror video games and how it can promote a positive change in you, give yourself a fear system a good workout this Halloween season. Perhaps you may be able to handle your fear better with a little bit of practice. A good start could be something more mild and tame, however, if you’re interested in something more hardcore, here is a list of 10 VR games to play this Halloween. Happy Halloween from all of us at Yulio!

Here at Yulio, we strive for excellence in performance and integrity when it comes to our product, and customer service. To learn more about how VR can enhance your business workflow, sign up for our FREE 5-day email course. To try our program for yourself, sign up for our free 30-day trial (no strings attached).