In this weeks’ Yulio VR Employee Highlight Reel - we are sitting down with another member of our exceptional development team -- Geoffrey Mok! Geoffrey is our Graphics Programmer who works tirelessly in making sure our mobile VR app works seamlessly in supporting numerous VR headsets. On top of that, Geoffrey works behind-the-scenes in exploring and prototyping the latest trends in technology, which includes AR/VR headsets and the newest in graphics. His work with the app is vital to Yulio and to our users as it ensures our promise and your convenience in having a mobile portfolio with you on your device. Although there are certain technological barriers with the development of the native VR apps, Geoffrey is skilled with navigating through the limitations without compromising quality. 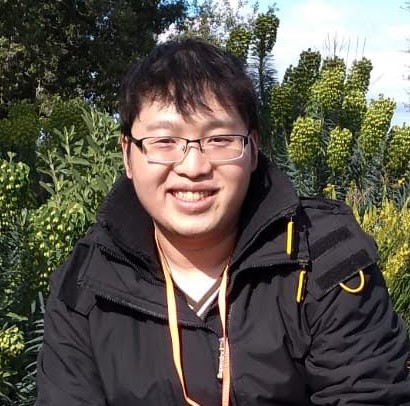 Meet our Geoffrey, our Graphics Programmer!

So, Geoffrey, tell me a bit about yourself.

I went to the University of Ontario Institute of Technology (UOIT) to pursue a Bachelor’s degree in Information Technology - specializing in game development and entrepreneurship; graduating with the highest distinction.

Prior to this I attended Seneca College for a diploma in Computer Programming and did two co-op work terms. I wasn’t exactly passionate about web or databases. Feeling a bit jaded, I did a bit of self-reflection on what course I enjoyed the most. It was game programming - which I found both fun and challenging. With this, I decide on further education at UOIT.

Down the road, I learned a lot about graphics programming and for my final year I was part of a capstone project involving the use of combining Virtual Reality and Augmented Reality for the purpose of streamlining pre-production in filmmaking.

Fresh on the coattails of graduating and in between looking for a job, my capstone team was offered one last mission – to participate in the Oculus mobile VR jam and develop an experience for the new Gear VR headset. With only a short timeframe we were tasked with porting parts of our capstone project into a cohesive mobile experience. It was a hectic struggle that ultimately failed due to a lack of testing hardware. Overall, the experience was thrilling and kindled an interest in VR.

With the conclusion fresh in my mind, I wanted to leverage what I’ve learned and looked for a job involving VR. That’s when I joined KiSP were I worked on mobile VR prototypes, and with the formation of Yulio I hopped on board to develop the mobile VR viewer app.

My role at Yulio is focused on the development of the native VR apps; which involves supporting the popular mobile VR headsets such as Cardboard, Daydream, Gear VR and Oculus Go.  It certainly can be challenging at times; balancing quality and performance taking into consideration of mobile hardware limitations.

Behind the scenes, I develop various prototype features and experiment with the latest technological trends, from AR to new VR headsets, to the latest in graphics. Not everything winds ups being a viable product, but the process is a learning experience and as technology advances, old prototypes may suddenly become practical.

At a convention showcasing student projects, it was on the Oculus DK1 - Which was a prototype headset intended for developers; this was well before Oculus Rift was commercially released. Let's say it was a rough experience, it very quickly induced nausea after a few minutes of use, I was however excited about its future potential.

As I've played through countless VR experiences, I've had the joy of witnessing the growth and ever-changing ideas in the industry; the birth of new innovations in design & user experience. However, there is yet to be a true “killer app” that many of us have been waiting for; an experience that would act as the flagship title that would draw in mainstream users.

There has been many cool demos and applications created over the years, but most end up being one-off short demos or end up being a one-trick pony with little depth. With this in mind the perfect VR experience, in my opinion, would be a fully fleshed out roleplaying game built from the ground up for VR, borrowing all the advances and innovations in locomotion, combat, and immersion, and gluing it all together with a compelling narrative.

I enjoy video games in and out of VR as well as watching TV and movies, along with listening to podcasts. When I’m feeling ambitious, I chip away on personal projects such as 3d printing, papercraft and developing a game.

It’s a tie between Telestrations and Pictionary. I enjoy the creative and challenging aspects of drawing and guessing. Plus it's always fun to witness other people's creative talents and reactions.

We’d like to say a big thanks to Geoffrey for taking the time to sit with us for a little Q&A about himself! Stay tuned for some more interviews with the staff that power Yulio, and discover how we’re all learning more every day about our VR job!

If you want to learn more about the VR/AR industry, and things to consider when you’re looking into VR solutions, then sign up for our FREE 5-day email course to get up-to-speed with VR. Want to try Yulio for yourself? Sign up for a free 30-day trial with full access to our feature set!