We've got something exciting to announce: you can now view 360 photos in Yulio! If you're a Yulio user, check out our Knowledge Base article for more technical information and a guide on this Yulio feature update. Why should you use 360 photos? In the same way that a 2D image of an architectural rendering is nothing like experiencing that same rendering in Virtual Reality, viewing a 360 photograph is an entirely new experience: it's captivating, fully immersive, and communicates better than anything how it really feels to be in a space. Your only competitor? Brick and mortar. Our clients use Yulio's 360 photo capabilities in a number of ways:

It's early days, but 360 photography--and the entire Virtual Reality industry--is proving itself to be incredibly valuable for the A&D community (and their clients!). Ready to give it a go? Sign up for a free 30-day trial of Yulio's Virtual Reality software and try out our Yulio feature update for yourself today. 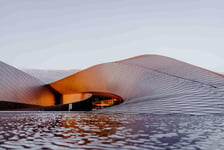 Autogenerate Hotspots and Floorplans on Yulio Jump for CET Designer!